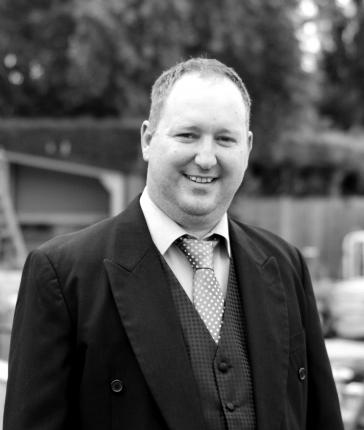 Started working life as an apprentice electrician. After qualifying, he moved to Norfolk in the early nineties where he had a career change and worked for  two of the town's principal electrical retailers, experiencing the "boom time" for sales as consumers lapped up the new technologies. Over the counter selling was, however, becoming repetitive and in 2004 he joined TW Gaze for some fresher challenges. Fulfilling several roles around the site, Andre is the principal auctioneer for the sale meadow, which he also manages, breaking off twice a year to oversee our Vintage Car and Automobilia auctions.

A retired (due to injury) Martial artist, Andre holds a Black belt in Feng Sau Kung Fu and a Brown belt in Shotokan Karate, although to date he has never employed these to obtain a sale!